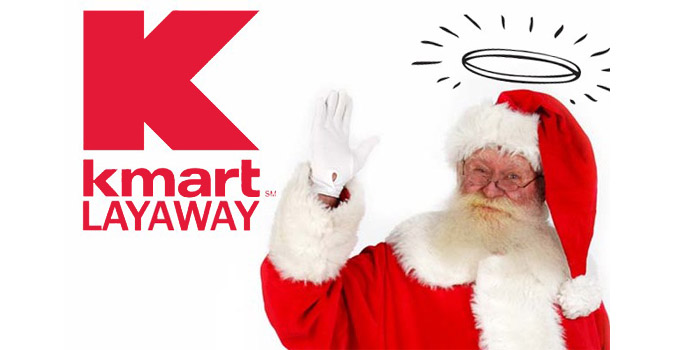 Yonelle Noriega, right, and her mother, Anna Noriega, leave the Kmart layaway department with their bounty of gifts Monday. The happy shoppers arrived at the Costa Mesa store to learn that an anonymous donor had paid off the balance of their Christmas purchases.

On Friday David Wilson saw a KTLA report on “Layaway Angels,” went on the internet and found a number for a Kmart on Harbor Boulevard in Costa Mesa. He called store manager Tricia Lawrence and asked her how many layaway accounts she had.

Would she be so kind as to tally up the balances and give him the grand total?

When she reached $4,000, she called him back, wondering if she should continue.

Keep adding, he told her.

Wilson dashed off a check; and Lawrence spent the weekend making the most satisfying phone calls of her life.

“The funniest thing is that I haven’t been called a liar so often in my life,” she says. Many of the customers she called thought she was playing a prank.

One lady said she was about to cancel her layaway and get her deposit back because she didn’t have enough to pay the balance by Christmas. Another woman called the store Monday to say she was trying to make a payment online but it wouldn’t let her because the balance was zero. She was confused. When Lawrence explained, the woman began weeping.

Across town, the manager at Kmart on Katella in Anaheim says she has also had the good fortune to be visited by some Layaway Angels.

“I’ve never seen anything like this,” says Debbie Hidalgo, who has been with Kmart for 28 years. About a dozen people, men and women, have paid off about $5,000 worth of balances at her store.

“Most of them said that as kids their families struggled and now they’re in a position to help others,” she says.

She spent the day phoning customers with the greeting: “You have been touched by the Layaway Angel.”

“I’ve had people cry on the phone with joy.”

Sepulveda asked the manager at the Costa Mesa Kmart if she could write a thank you note. But there’s no one to send it to. Most Layaway Angels want to remain anonymous. Wilson said he decided to go public in hopes that more people are inspired to join in.

“It’s not potluck charity,” he says. “It’s working people who have gone in and picked out something that they want or need and made payments on it; and in many cases they are going to give it away.”

Wilson owns 16 car dealerships. He said he had been trying to figure out something special to get his wife Holly for her birthday. When he saw the report Friday morning, he knew he had found it. “I wrote (the amount of money he gave Kmart) on a piece of paper and tied a bow on it and told her happy birthday,” he says. “She said it was the best birthday present she ever got.” 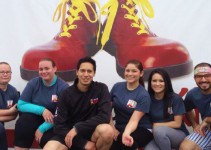 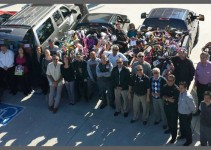