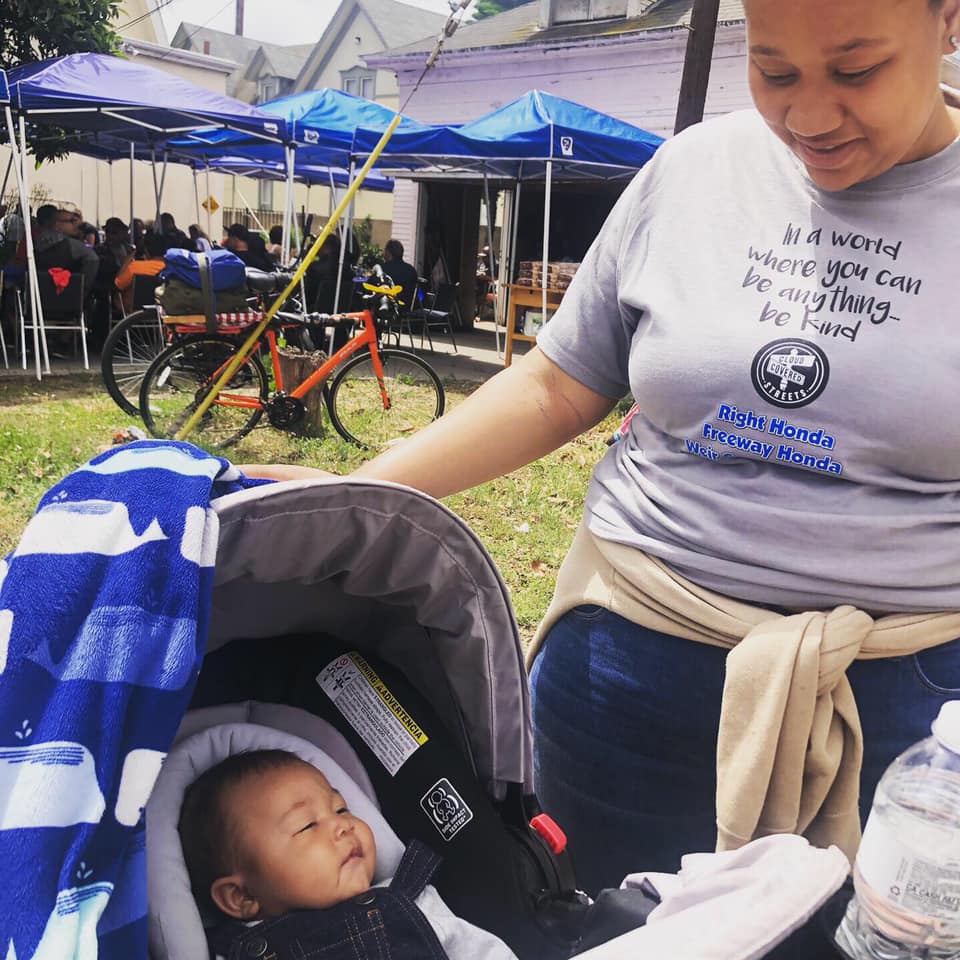 We found them huddled behind a bus stop on 17th street, this 19 year-old mother and her 2-month old baby.  We later learned they had been sleeping on the streets since the baby was born.  Though we knew we weren’t going to solve the homeless problem in a day – we also knew we could NOT leave a two-month-old baby on the street.

But let me back up a bit.  This was Honda’s Week of Service.  Five of us:  Vikki Murphy and Jeanette Rivera from Wilson Automotive, Cayte Macias from Weir Canyon Honda, Liz Evans from Freeway Honda and Jane D’Amelio from Right Honda, teamed up that evening to deliver the backpacks.  We had given out about 50 when we came upon Tijera and baby Kaiden.

Tijera first found herself homeless at 11 years of age, was trafficked and worked the streets when she was 15-16, and finally found her way to Orangewood.  However, at 18 years of age, by state law youth are “emancipated”  and on their own.  Tijera’s mother and brother were already living on the streets, so she joined them – she had nowhere else to go.

She and the baby were hungry and cold, and nearly out of diapers.  We took them to a hotel, pitched in for the room, some food, diapers, and a few other things for the baby, and began to make calls for help.

A few of us posted the story to Facebook, and the outpouring from friends and fellow associates was overwhelming.  One girl started a clothing drive among all her friends who had small children.  They donated clothes, formula, diapers and toys.  Our associates brought in a diaper bag, wipes, hygiene items for mom and even a portable crib.  People contributed to pay for the hotel room until we could find something more permanent.  It was amazing!

The story does have a happy ending.  Tijera and “Happy Honda Baby” Kaiden are safely ensconced in a shelter at an undisclosed location, where they will be safe, and where bad family influences cannot reach them.  Childcare is provided at the shelter; so Tijera wants to go back to work soon, and hopes to eventually start college.  She turned 20 the week after we found her.  To celebrate we went shopping and bought her some clothes.  When we met her she had one pair of jeans and two t-shirts (one t-shirt was from the backpack we gave her).  The t-shirts in the backpacks carried the dealership logos and a quote:  “In a world where you can be anything, be kind.”  Tijera says that is her new motto.  From now on she will celebrate June 6 as her actual birthday, and her day of “re-birth.”  “This Helpful Honda Team changed my life,” she says, “and gave my baby a future.  I will be forever grateful.  The only way I know to thank them is to live a good life and raise Kaiden to be a good man.  Then someday I want to help someone else like they helped me.” 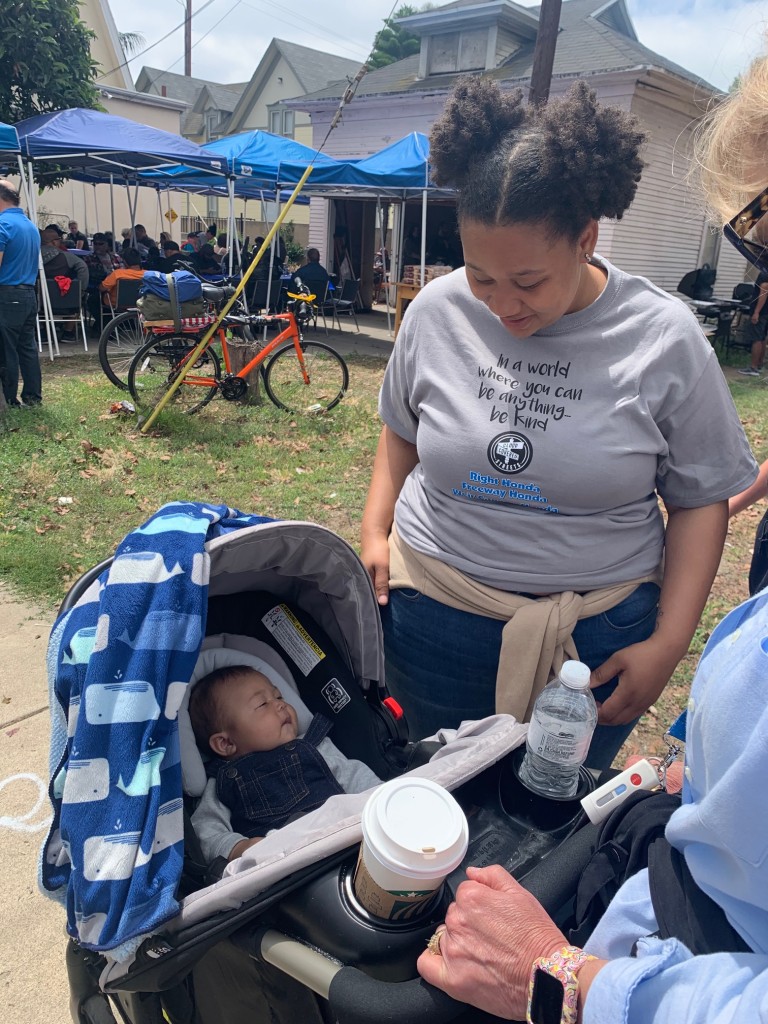 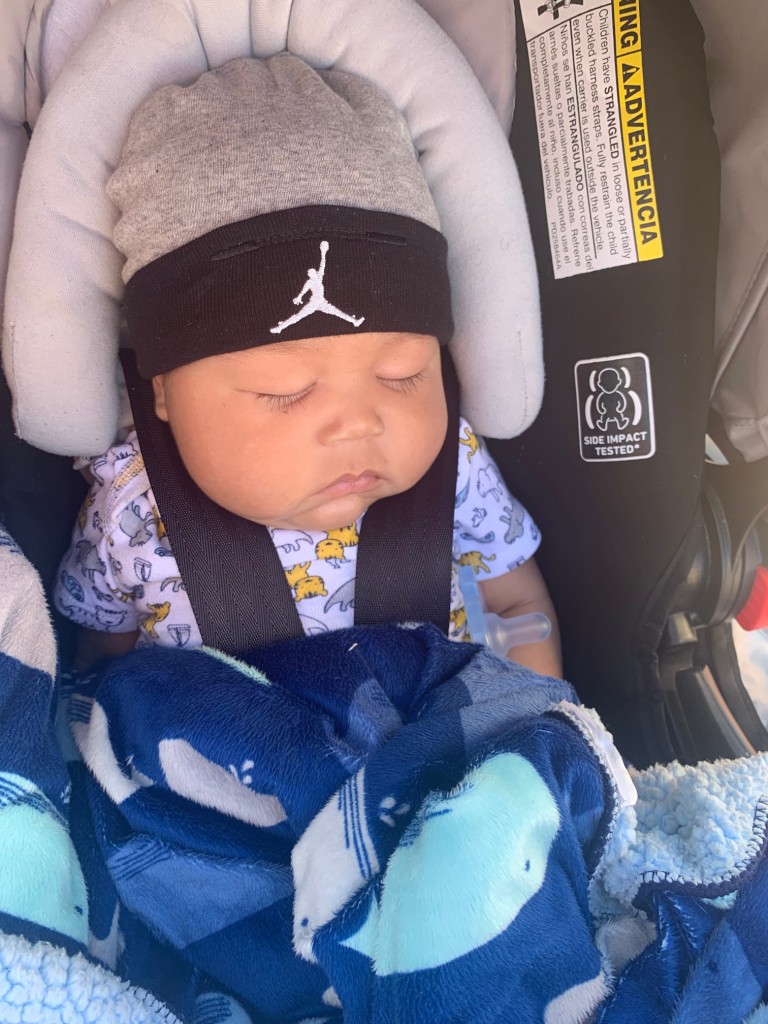 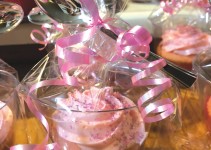 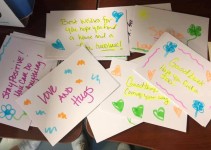 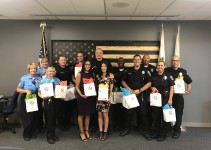